On Location in Indochina

We look at some of the most famous films to have been set in Vietnam, Cambodia and Laos.

With spectacular scenery, colonial cities and turbulent political history, it’s little wonder that the Indochina region is so attractive for the more adventurous film-makers. Vietnam, Cambodia and Laos have all been the setting for memorable films that take full advantage of the unusual locations offered by these fascinating countries. Here are our favourite; if we’ve missed your favourite, let us know in the comments below!

Starring Catherine Deneuve as Éliane, Indochine is a 1992 movie set in 1930s French Indochina. Éliane is the unmarried owner of a rubber plantation, who brings up a Vietnamese princess as though she were her own child. When a French army officer turns up, both she and her adopted daughter fall in love with him. The background to this storyline is the rise of the Vietnamese nationalist movement and the end of French colonial rule, so it’s an interesting insight into the politics of this time; this was to lead to the division of Vietnam into North and South, ultimately sparking the Vietnam War. 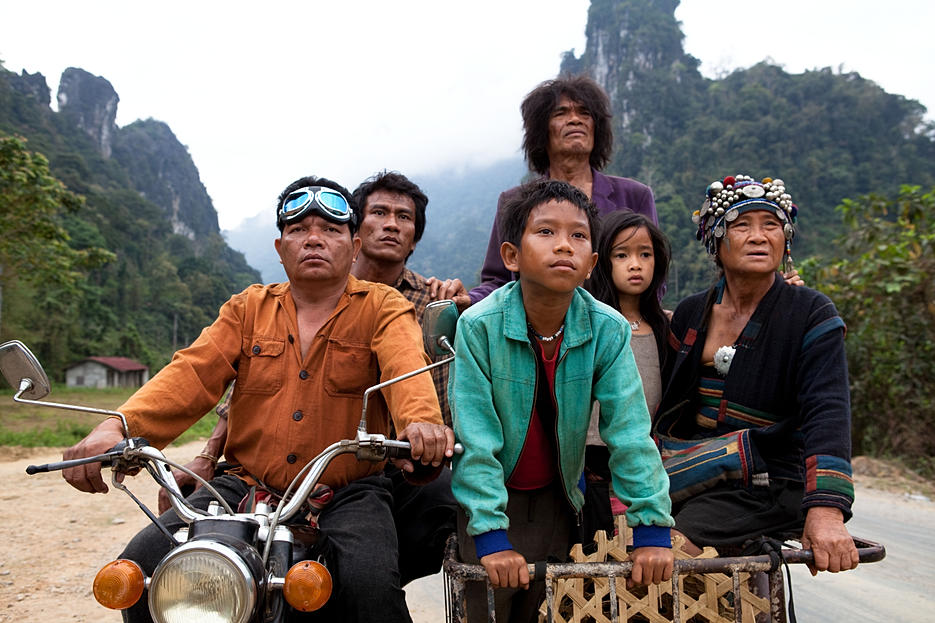 Released last year, The Rocket is an Australian drama set in the mountains of Laos. It tells the story of Ahlo, a boy believed to be cursed, bringing bad luck to those around him. When the building of a dam forces him and his family to relocate, he’s determined to prove that he’s not bad luck. To do so, he builds a huge rocket and enters a dangerous competition, the Rocket Festival. The Laotian scenery provides a stunning setting for this story, which is one of only a handful of well-known feature-length films to be set in this country. As for the Rocket Festival featured in the film, it exists in real life: it takes place in Laos near the beginning of the rainy season, and the building and firing of homemade rockets is an opportunity for participants to gain social prestige. This movie also took a top award at the 2013 Tribeca Film Festival.

This is a film all tiger-lovers should see. It tells the tale of Kumal and Sangha, two tiger cubs separated when they’re small. As adults, they come face to face again as they’re forced to fight each other by an explorer played by Guy Pearce. The film is set in 1920s Cambodia, a time when it was under French colonial rule. The production team found themselves up against the very real threat of leftover landmines - a reminder of the country’s more recent turbulent history. The film is also raises awareness of the plight of these beautiful tigers; it’s a species that has long suffered at the hands of humans.

Adapted from the Graham Greene novel of the same name, The Quiet American stars Michael Caine and Brendan Fraser as an older British diplomat and young American doctor (respectively) in 1952 Vietnam. As well as disagreeing over Vietnamese politics, the two find themselves in a complex love triangle with a beautiful Vietnamese woman. The film’s plot revolves around the conflict between communism and colonial rule, using Saigon (now known as Ho Chi Minh City) as the setting for this stormy chapter of Vietnamese history.

Another movie set in Saigon is Cyclo, a film that shows how easily those living in poverty can become embroiled in a murky world of crime and drugs. At the centre of the film is a young Vietnamese man who makes a living from ferrying passengers around on a bicycle taxi (cyclo) in Saigon. When his cyclo is stolen and he can’t afford to pay for it, the young man has no choice but to turn to a criminal gang. It’s a slippery slope from there as he turns to violence to survive, in a story that shines a light on the lives of the Saigon urban poor in the 1990s.

Much of the footage was shot at Ta Prohm, part of the Angkor Wat temple complex

Lara Croft’s first big-screen outing sees the archaeologist (played by Angelina Jolie) head to the jungles of Cambodia in search of an artifact called the Triangle of Light, which bestows its holder with the power to control time. Lara’s search takes her to the temples of Angkor, where we see her grappling with villains, fighting monkeys (based on those at Banteay Srei, another Cambodian temple) and exploring jungle-covered ruins. These parts of the film were shot on location in Cambodia, the first time a Hollywood film had done so since the 1960s.

Clips from this film have been in the news recently owing to the sad death of its main star, Robin Williams, who plays an irreverent radio DJ working on the US Armed Services radio station in Saigon during the Vietnam War. Loved by troops, but not so much by his superiors, the DJ character provides an unusual angle on the war in Vietnam and won Robin Williams an Oscar nomination.

Learn more about the meaning behind the word Indochina or browse our small group tours to Vietnam, Cambodia and Laos.

Speak to our experts

More from the blog

Give us a call